Why Is Jiu Jitsu superior to judo

You are interested in learning Judo at New Braunfels, and I am interested in meeting you. Already I like you, already if something has convinced you that Judo is something that you want to learn, I think you’ve got very good instincts about the fighting arts. I do have some bad news for you, which is as far as I know there’s no gym in New Braunfels that teaches Judo specifically. Now, the good news is that there are gyms that teach Jiu-Jitsu and there are some gyms, like my own, that teach Jiu-Jitsu in a way that are very, very, very true to the original ideals of Judo, without getting too bogged down in what I might consider to be the maybe deficient aspects of Judo.

My guess is that if you looked to learn Judo because you wanted to learn how to throw someone and throw someone into the ground, which is an awesome skill to have, what a powerful and amazing thing to be able to pick somebody up and put them down on the ground, especially if you could throw someone bigger than you. Really, very little is more badass than that in my own mind, but what you may not know is that Judo and Jiu-Jitsu fundamentally spring from the same source. They come from the exact same source and they’re all almost synonymous terms. So, the ‘Ju’ in Judo and the ‘Jiu’ in Jiu-Jitsu have an identical meaning which is something like ‘perfect connection with total mental detachment’. The ‘do’ in Judo means ‘the way’ or ‘way’ so it’s ‘way of Ju’ and in Jiu-Jitsu the ‘Jitsu’ means ‘method’, it just means ‘method’ or ‘technical expression’. So, a technical expression of Jiu or the way of Ju, they basically mean the same thing because they come from the same source.

They both come from grappling techniques that were trained in and honed in Japan during the medieval era, during the era of the samurai. If you were an armed combatant and you lost your weapon, the best way to fight without a weapon against someone who’s still armed and still has armor on them is basically to throw them to the ground to try to break joints because joints have to move, even within armor so those are vulnerable points, whereas punching and kicking as a martial art just isn’t functional. Once people are wearing armor it just falls apart completely, but I can still throw you to the ground and actually, that armor might make the throw hurt more.

So, around the early 1900s late 1800s, this gentleman in Japan named Kano and he recognized that these fighting arts from the samurai which we could collectively call Jiu-Jitsu, were starting to disappear and, where they were being practiced, they were just being practiced by gangsters and bullies. He didn’t think that was very cool, so he felt that it was a gentleman’s art, and he created the Judo Kodokan, and he started calling it ‘Judo, the way of Ju’ because he believed that it should be a way of life infused with aspects of western chivalry. It really is something that he actually believed in.

Now, Kano sent a bunch of people off into the world and some of the people that he sent off into the world to teach this universal thing that he called Judo, also referred to it as Jiu-Jitsu. And it only really survived as Jiu-Jitsu in that kind of pure form in Brazil because of a family called the Gracie’s who learned it that way and learned it largely for self-defense and for fighting. Now, Judo went a very interesting route, which is that it got accepted into the Olympic games and it started to become this Olympic sport and that’s why Judo became really pre-eminent from the 1960s onward and the Gracie clan in Brazil retained the old school version of Jiu-Jitsu that judo came from and had a strong focus on ground arts and more focus on the submission game and things like that. 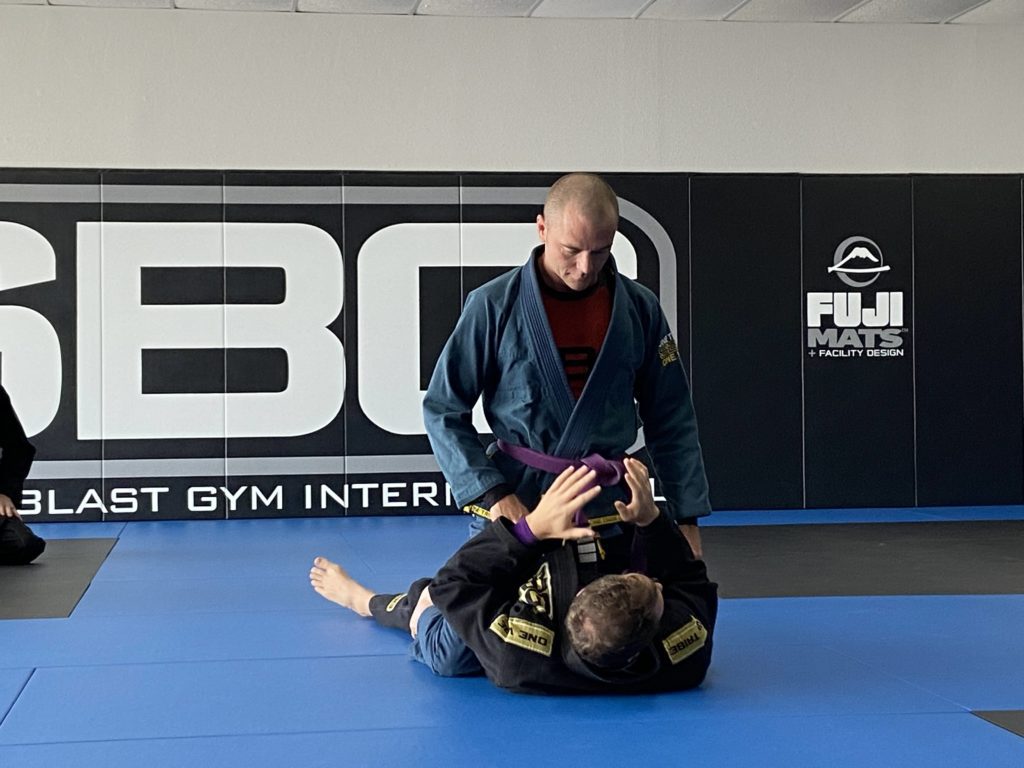 Now, Judo at this point in time as much as I love Judo, I think it’s really cool, I love the terminology and as a Jiu-Jitsu practitioner, I do use a lot of Judo in my Jiu-Jitsu game.
What I consider a little bit lame about Judo is a couple of things, I think it’s cool but when they made it a sport, they became really focused on showing what they believed to be as the kind of coolest of the throws, these kind of high throws and things like that, where you’re bringing the feet way off the ground, you want to have both shoulders hit at the same time. That’s all really cool. Kano’s vision for Judo was that throws were of greatest importance because if I had to fight two people, I’d want to throw one person into the ground as fast and as hard as possible so that I could face the second person before they really gang up on me.
That was Kano’s vision, I think that’s a pretty cool vision for self-defense. It’s not exactly something that most people could train to do realistically, but it’s still a really cool vision and I really respect Kano’s idea, but what has happened to Judo over the years, it’s become such a sport that while there are some really powerful aspects of Judo that still have good self-defense applicability, there’s a lot of things that, as the sport has developed, have become almost a joke with regards to self-defense.

One thing that a lot of Judo practitioners will do once they get to the ground is they’ll turn face down, belly down into the ground as a form of defense because they’re waiting for a referee to stand them back up and that that to me is a really sad move, because that’s about the worst thing you could do if you’re trying to defend yourself. Another really sad day for Judo was when they started taking away takedowns based on holding a leg and they said you couldn’t hold the leg anymore and that was basically Judo doing that as a collective group to resist an influx of wrestlers from other grappling disciplines coming in being able to beat a lot of the Judo practitioners in the Olympics because they had really good leg base takedowns. But they weren’t really doing big hip throws and things like that so didn’t look like the aesthetics that Judo wanted to achieve.

So, this is a long way of saying that I feel that if you want to learn the source material of what Judo sprang from, you should come down to SBG Texas. We practice Jiu-Jitsu as it was intended to be practiced, which is for self-defense. We’ve got sport application in there because we need resistance environments to hone our art, but we’re really mostly interested in being able to thrive in combat situations and we’ve got a lot of Judo throws in our curriculum.
You would get very proficient probably in all the things that you wanted to learn in Judo and if you wanted to compete in Judo, I think you could learn from us and it would not take that much effort to learn the unique rule set for judo competition and be able to actually compete still at a pretty decent level, because we’re going to teach you how to break the grips, we’re going to teach you how to like do penetration steps and do big hip throws and all that kind of stuff. I love all that stuff, I’m just not crazy about the ways in which judo as a sport has lost some of its value with regards to self-defense.

Big fan of judo, I think the closest thing you’re going to get in New Braunfels to an accurate experience of the kind of fun of Judo would be at our gym so come on down here. We’re one of the best places to train in New Braunfels. I hope to see you soon.

Is Boxing/ Thai Boxing the right Martial Art for You? If you’re thinking about doing